(An image of the original document is below)

Contract with the population
Dinam-pokonolona

This Dina [contract] has been agreed upon by the inhabitants of Marofototra (Anaravanana, Manambia, Marofototra, Maroantoko, Ampatrana, Antalaviana), and it was concluded in front of the leaders of the Fokontany Marofototra (represented by Chef du Fokontany, the Fokontany committee and several elders), representatives of the Commune Rurale of Anjahana (notably the mayor and the Président Conseil) and of the District of Maroantsetra (notably the Délégué de la Population, the Délégué de l’Animation Rurale), the Techniciens of the Agricultural and of the Topographic Services, as well as several representatives of the Masoala National Park, on Wednesday 24 April 2002 in Ambodiforaha, and was confirmed by us, the Fokonolona on Tuesday 24 September 2002.

It was done in accordance with the articles cited in the Protocole d’Accord regarding residence within the Zone of Controlled Occupation.

Nota bene: the Head of the Ministry of Water and Forests did not sign the contract 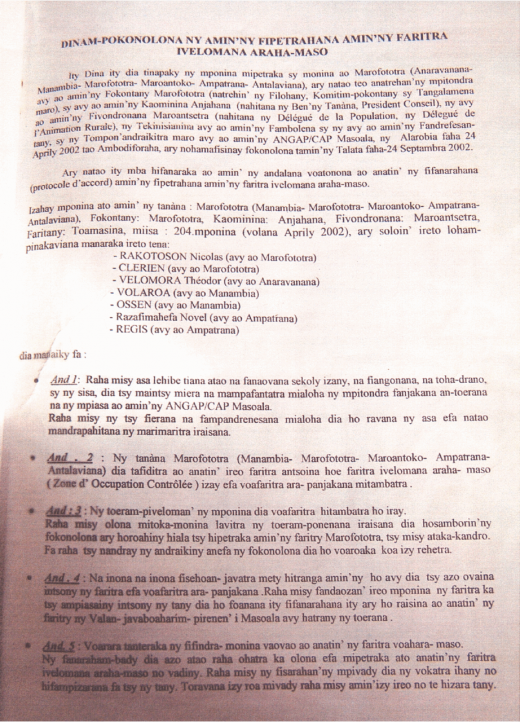 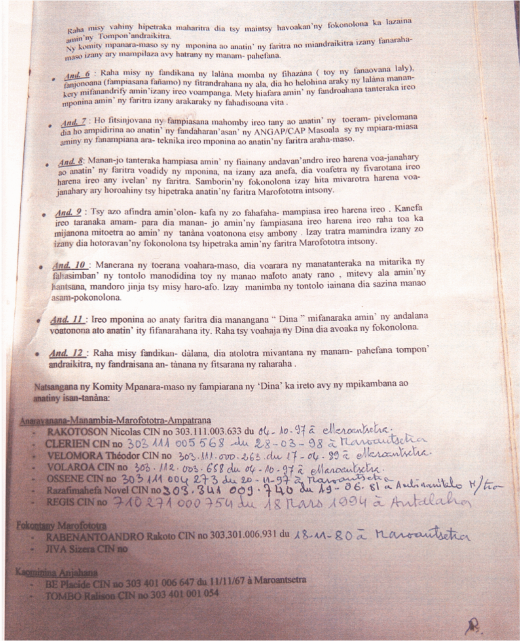