(See the image below for the original letter 1)

Marofototra, 14 August 2014
To the Deputy of the District of Maroantsetra
[representative of the district in the national assembly]

Request by the population of Marofototra

Dear Sir, it is a great honour for us to address you concerning the following request of ours. We have been informed about and we consent to the creation of a Community Committee in Marofototra (Masoala) in charge of managing the natural resources within the area, because we have always protected the natural resources of the forest and the sea.

In 2002, ANGAP [Association Nationale pour la Gestion des Aires Protégées, the former name of the Malagasy national parks agency] determined, in cooperation with the population, the local boundary of the Masoala National Park. A contract [Dina] was written and was signed by all relevant bodies including, besides the local population, representatives of the district’s Court of Justice as well as the district’s and the parish’s administration departments.

In 2012, however, Madagascar National Parks [the current name of the Malagasy national parks agency] moved the park’s boundary without the consent of the local population thus violating the contract signed in 2002. In order to change the course of the boundary, there ought to have taken place, according to the contract, a general meeting involving all signatory parties. Due to the new course of the boundary, yet more land on which the population depends, such as rice paddies, pastures and arable farm land, has now been included within the park.

We therefore request that the boundary of the park be redrawn so as to correspond once again to the original agreement of the contract of 2002. While the population is growing, the land that we are allowed to use for our livelihood has shrunk. 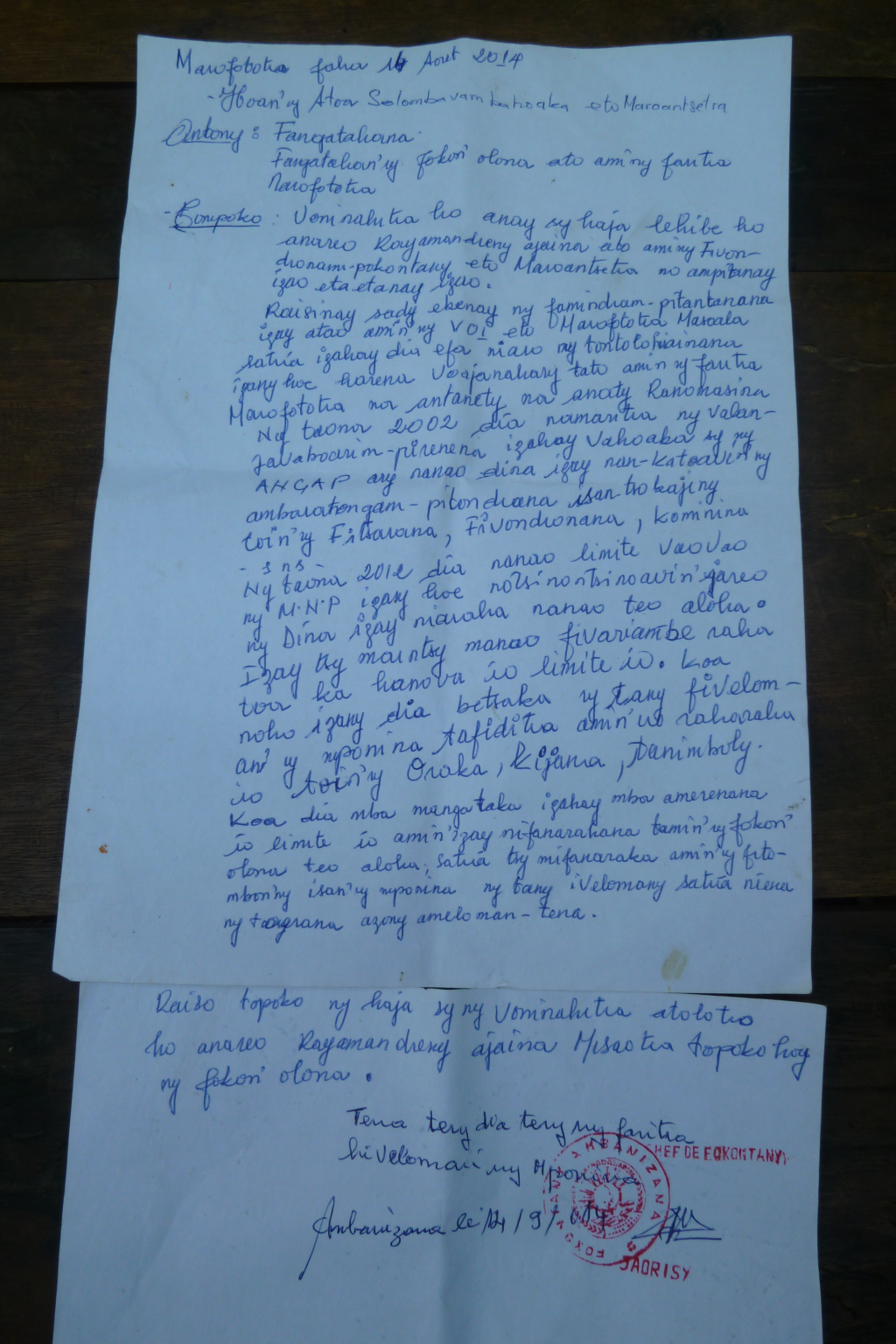